No longer content to be hacker watchdogs, Anonymous is now apparently blowing the whistle on the underlying government corruption in the Wisconsin brouhaha. 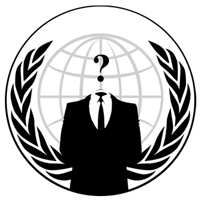 March 1, 2011- Anonymous brought down the Americans for Prosperity website with a DDoS attack and released a statement asking us all to boycott Koch Industries products like Quilted Northern, Angel Soft and Dixie cups. The statement claimed that the billionaire brothers Koch are undermining the democracy of our country through funding organizations to protest against the state workers of Wisconsin who are fighting for their right to negotiate their contracts as a group. Anonymous believes Koch Industries is doing this in order to profit and not because of any interest in furthering the political process. As of press time, however, the Americans for Prosperity website is back online.

The goings-on in Wisconsin have been the talk of the mainstream news in America the last few weeks. The newly elected Governor of the state previously best known for its dairy products and football teams proposed a bill that would seriously curtail state-paid workers (including teachers) medical benefits and make it illegal for them to negotiate with the state as a consolidated group. Removing the labor unions' right to collective bargaining will effectively render them useless organizations, and even though Governor Scott Walker says that he is more concerned with balancing his budget, he says he won't budge on outlawing collective bargaining.

Enter Anonymous. The hacker group discovered a little-noticed clause in the bill proposed by Walker which would allow the state to sell its utilities to anyone it chose, at any price, without the public even being notified. This clause would allow companies like Koch Industries to purchase publicly owned utility plants, and Anonymous believes this is the reason that Koch-funded "grassroots" organizations like Americans For Prosperity, Club for Growth and Citizens United are supporting Walker's plan to rid the unions of their collective power.

"It has come to our attention that the brothers, David and Charles Koch - the billionaire owners of Koch Industries - have long attempted to usurp American Democracy. Their actions to undermine the legitimate political process in Wisconsin are the final straw. Starting today we fight back," a statement purportedly from Anonymous read.

'The Escapist: Anonymous Uncovers Corruption in Wisconsin Labor Dispute' have no comments